Tyler Sticka and Tim Sears formed Backabit in the Fall of 2010 to create Ramps, an iPhone app based on a popular Flash game of the same name that Tyler made in college while studying web design. They’ve continued to collaborate together part-time, creating Lotsa Blocks and Overreactions in the years since.

One thing they haven’t done is update this website design. So retro! 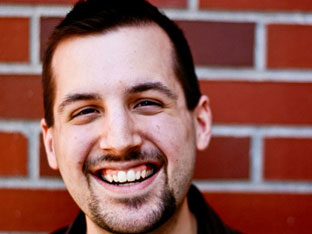 Tyler Sticka is Backabit’s design guru. By day, he’s a Lead Experience Designer at WE Studio D, a global digital strategies practice, where he leads a team of designers that create nifty things for a bunch of nifty companies. He periodically teaches web design classes at the Art Institute of Portland, and is a frequent speaker at several Northwest design events.

Tyler’s interest in video games started with Super Mario Bros. on the NES, but kicked into high gear when his parents gave him and his brother a Sega Genesis for Christmas, bundled with Sonic the Hedgehog 2. He drew pictures of Sonic constantly (often from the Archie comic books, as one would expect a geek to do), and by high school was sketching elaborate drawings and diagrams of his own video game ideas.

While taking a Flash programming class in college, Tyler created a game called Ramps as a class project. He published the game to several online forums and eventually to his own site, where it gained nearly a million players, won a WebVisionary Award for “Best Game” and became one of Download Squad’s Featured Time Wasters (to bring things full circle, they later gave Ramps for iPhone a positive review).

Try as he might, Tyler’s passion was in design more than development, and he couldn’t make a worthwhile successor to Ramps on his own. After a series of false starts, a spontaneous email sent to a few developer friends yielded an enthusiastic response from Tim. The rest, as they say, is history! 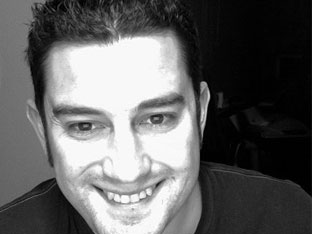 Tim Sears is Backabit’s development wizard. He writes .NET code by day and does iPhone development by night. His very first iPhone app was Robotvision which was one of the first crazy augmented reality apps. So crazy, it got huge overnight and showed up on like Techcrunch and Mashable, and then Apple featured it for a couple weeks.

After that, Tim decided that this iPhone app thing was pretty fun, so he decided to work with some other cool companies so they together they could use AR to make the world a cooler place. One of his favorites was with this rad agency in France called iMarginal. In France, they take their art and culture extremely seriously. So much so, that the French government actually sponsored the creation of this awesome augmented reality app called CultureClic that would let you look at stuff like museums and statues and learn all kinds of super cool stuff about it. Tim then went to France to meet his new buddies and play in the Parisian sunset while wearing Vuzix goggles that made him look like that one guy on Star Trek. And then the app showed up in Popular Science and Tim freak-out geeked out with uber-happiness.

After returning from Europe, Tim was feeling inspired to do something fresh and cool and new. Lucky for him, not long after, Tyler sent him an incredible, inspiring e-mail with amazing ideas, visuals and a master plan to turn his incredibly successful Flash game Ramps into an iOS game. They got right to work and not only did they launch this awesome iOS game, but they started a company! Backabit! And well... you know the rest!